The Storytelling method (developed by the In Defence of Youth Work campaign) cannot be confused with day to day conversation. Everyday we as youth workers tell each other our stories, and in many ways we are experts in ‘anecdotes’. However the storytelling method builds on our conversational strengths, allowing us to capture our practice through a thought-out methodical approach. This involves a combination of strong facilitation, informed probing / questioning, peer interrogation and a thorough documentation of the stories… Being involved in the story telling workshop … has been a unique experience.
(Youth work co-ordinator, voluntary youth organisation)

Working as a team on ‘youth work stories’ was such a useful and valuable thing to do. I think we are so busy ‘doing’ that we don’t stop to think about our role as youth workers and what the hell we are doing! We should have done this a long time ago – we might have saved more of our service. If we are not clear about what makes youth work unique then how is anyone else going to know?
(Team Leader, local authority Targeted Support for Young People Services)

Stories – but not anecdotes; analysis as well as narration

Though an easily accessible term for labelling a key feature of the IDYW workshops, the term ‘story’ carries connotations which are too simplistic for what these involve. It particularly links too easily with the notion of ‘anecdote’ – defined by the Concise Oxford English Dictionary as a short entertaining story about a real life incident or person; an account regarded as unreliable or as being hearsay. ‘Entertainment’ (or ‘fun’ as it is often labelled and positively embraced in youth work) may indeed be one component of a workshop story. It is by no means however a necessary one. And though, as with all accounts of human experience, what is offered through a story will be highly subjective, its content need be no less reliable as a description of the complex human processes which youth work sets in motion than statistics collected remotely by ‘monitoring exercises’, ‘monthly returns’ and ticks on a proforma.

IDYW workshops do much more than prompt the narration of an example of practice. Another – perhaps the – crucial element of their task and process is the probing and analysis (the ‘unpicking) of that practice. Here, the focus is on the complexities and contradictions which are inherent in all youth work, the ebbs and flows of a practice which is usually far from linear in its development, and the dilemmas and difficult ‘on the wing’ choices these pose for the worker.¹ This requires a facilitated process which is disciplined, challenging and yet supportive.

IDYW’s initial interest in collecting youth work stories came out of a concern to provide more authentic evidence of the practice’s value to young people than was being generated by the monitoring methods being imposed from the outside – an aim which was in significant ways realised in its book This is Youth Work: Stories from Practice.

However, as the emphasis above on the complexities, ebbs and flows of the practice indicates, the intention was never to produce ‘success stories’ which would uncritically embellish a worker’s or an organisation’s credentials or build their PR profile. Indeed, in a policy climate which, by the shortest and most economical route possible, demands ‘quick hits’ and ‘hard outcomes’, the story-telling approach used by IDYW is very far from a panacea for accounting for the effectiveness of the work. A number of caveats therefore need to be made explicit:

– Though some of these gains may match those laid down in advance by policy-makers orimposed by them as ‘goals’ or ‘targets’, some – perhaps most – may have little or no relationship to these. Though shaped by youth work’s values and overall purposes, some indeed may be unplanned and even unintended.

– Some of the gains may also be more concerned with their here-and-now – with apparently small but still valued immediate changes in their lives, loves and relationships – than with those ‘transitions’ to adult roles as citizen, worker, parent and so on which so preoccupy current policy-makers.

– Many of youth work’s ‘outcomes’ may remain unarticulated, even unacknowledged, with ‘pay-offs’ which are long delayed, including beyond the young person’s involvement with it.

– Such outcomes are unlikely be fully achievable without dedicated attention to the human interactions – young person-to-young person, adult-to-young person – which the activities set in motion. Indeed, the ‘impacts’ and ‘outcomes’ of youth work which are clarified through a story-telling exercise, far from emerging as clearly distinguishable and stand-alone ‘results’, may be understandable and describable only as integral features of those human processes. For the tasks to be carried out and completed in ways which are both personally affirming and high quality in themselves, a commitment is therefore needed to highly labour-intensive inputs to the process dimensions of the work with which today’s policy-makers often have little patience.

– Because in these ways the medium is always a crucial part of the youth work message, how young people (individually and in their groups) are seen, supported and affirmed may generate valued outcomes in their own right. Youth work activities and programmes therefore, as well as being important for their product, also explicitly act as vehicles for seeking and realising these personal and interpersonal gains. Indeed, though again not necessarily in terms which policy-makers will recognise or value, it is these ‘outcomes’ to which young people are often referring when they talk about youth work as their route to making new friends, gaining new skills and feeling more confident and in control their lives. 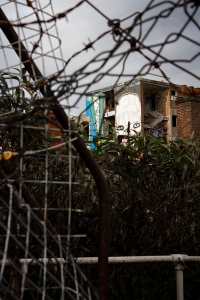 Beyond these cautions about the limitations of story-telling as a way of accounting for the worth of the practice to young people, IDYW’s experience suggests that it can be put to work for another purpose: to help clarify what IDYW has called the ‘cornerstones’ of that practice – the features which make it distinctively youth work and which are often critical to achieving the desired outcomes. (See IDYW’s Open Letter).

Without seeking to claim youth work as a more effective or more valuable way of working with young people than any other, the story-telling workshops have thus also explicitly addressed such questions as:

Though a focus from the start, working directly on such questions became even more of a priority in the workshops as, from 2010, the Coalition government’s ‘austerity’ policies forced more and more local authorities to abandon open access provision in favour of targeted projects and programmes (see Mid-2014: The Wider Youth Work Context). In these circumstances the workshops came to be valued as one of the few arenas for youth workers to clarify for themselves what they saw as the core of their practice and so build their confidence for carrying these messages to such key audiences as managers in ‘integrated’ departments and local councillors.

Testimony in support of this conclusion came in 2013 from a number of the hosts of the IDYW workshops:

‘I think the workshop very clearly demonstrated to people the benefit of coming together to discuss and debate youth work (opportunities for which have been sadly lacking in this area for some years)’.

None of this, of course, adds up to a complete or perfect ‘model’, to be applied uncritically regardless of the setting or the participants. It does however suggest a way of engaging with practitioners – workers, students and indeed managers – which, at a moment of serious threat to youth work as a distinctive practice, can help them search out the fundamentals of that practice and consider why for decades some 20 and 30 per cent of the age group, individually and in their friendship groups, have gone on testing out its potential opportunities and rewards.

IN DEFENCE OF YOUTH WORK